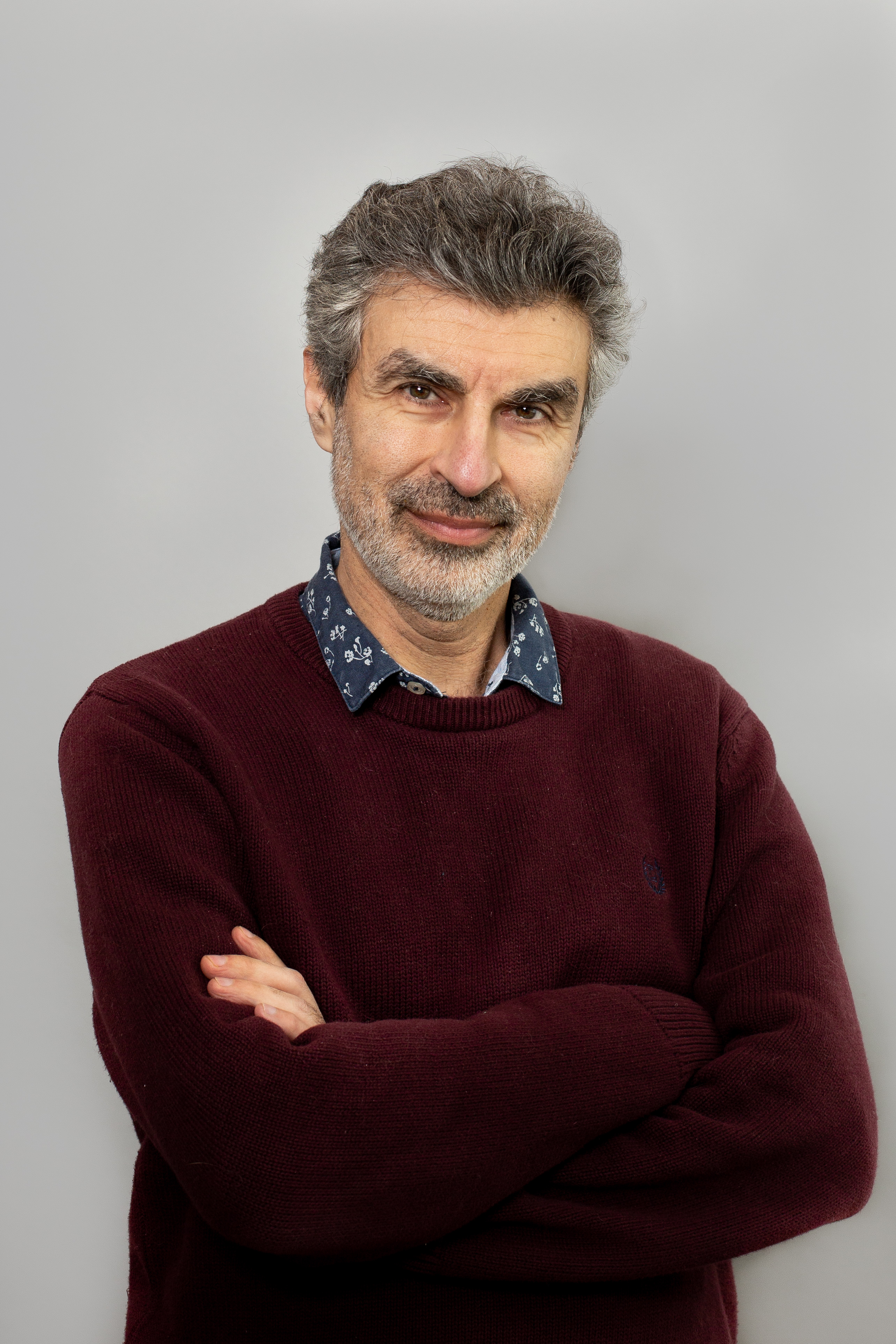 Recent successes of machine learning based on deep learning have enabled great progress on System 1 abilities (unconscious processing) in AI. This presentation will discuss a recent trend in machine learning research exploring how new conceptual tools, in particular the use of attention mechanisms, could open the door to System 2 abilities (i.e., conscious processing), and how this could enable a more powerful form of generalization, outside of the training distribution, and robustness to changes in distribution, a necessary feature of learning agents interacting with a non-stationary environment.

Claudia Buss is a Professor at the Institute of Medical Psychology at Charité, University Medicine, Berlin, Germany and an Associate Professor at the University of California Irvine School of Medicine, Department of Pediatrics, Division of Developmental and Behavioral Pediatrics. She received her PhD in Psychobiology at the University of Trier and conducted her doctoral and postdoctoral studies focusing on early life stress and brain development at McGill University and the University of California Irvine. Her research addresses the effects of stress and stress-related biological (maternal-placental-fetal endocrine, immune, genetic) and behavioral (nutrition, physical activity, smoking/drug use) processes during human pregnancy on fetal brain development as well as other health-related infant outcomes like body composition, metabolic function and obesity risk. Her recent work has specifically advanced our understanding of the relationship between maternal-placental-fetal stress biology and fetal/infant neurodevelopmental trajectories by applying multimodal neuroimaging techniques. She is the PI of several NIH-funded and European based studies that focus on the mechanisms underlying developmental programming of brain development and the transmission of maternal preconceptual adversity as well as stress during pregnancy to her child.

Mark Woolrich is a Professor of Computational Neuroscience at the University of Oxford. He develops new computational methods for analysing neuroimaging data using techniques from machine learning, artificial intelligence and image/signal processing; allowing novel questions to be asked about the function and dysfunction of the human brain. His previous work includes the development of the fMRI analysis tools in the FMRIB Software Library (FSL). More recently, he has focused on understanding the dynamics of large scale brain networks using M/EEG. He has been Head of Analysis and Associate Director at the Oxford Centre for Human Brain Activity (OHBA) since 2010. He is also a Group Leader at the Wellcome Centre for Integrative Neuroimaging (WIN).

Dr. Paus is Distinguished Senior Scientist and Director of the Population Neuroscience & Developmental Neuroimaging at the Bloorview Research Institute, and Professor of Psychology and Psychiatry at the University of Toronto. His work integrates epidemiology, neuroscience and genetics in the pursuit of knowledge relevant for brain health.

Publications by Dr. Paus and his colleagues have had a marked impact in the field with over 40,000 citations (h-index: 94). Dr. Paus has contributed to the field of neuroscience in two ways. First, he has introduced a number of innovations for studying the human brain, including a) voxel-wise analyses of structural brain images (Science 1999); b) combining brain stimulation and imaging (Journal of Neuroscience 1997); and c) integrating epidemiology, genetics and brain imaging (Population Neuroscience 2013). Second, he has provided new frameworks for understanding the function of the anterior cingulate cortex (Nature Reviews Neuroscience 2001), and the processes underlying changes in white matter during male adolescence and their significance for axonal transport (Journal of Neuroscience 2008, NeuroImage 2015).

Michael Fox is an Associate Professor of Neurology at Harvard Medical School and Director of the Laboratory for Brain Network Imaging and Modulation. He is Co-Director of the Beth Israel Deep Brain Stimulation Program and Associate Director of the Berenson-Allen Center for Noninvasive Brain Stimulation.  Dr. Fox’s research focuses on the development of new and improved treatments for neuropsychiatric symptoms by using brain imaging to understand brain circuits, brain lesions, and brain stimulation.  His papers have been cited over 27,000 times and he has won multiple awards, including the inaugural Trailblazer Prize for Clinician Scientists, a single award across all medical specialties for advances in translational research.

Dr. He obtained her Ph.D. in Neuroscience from Washington University in St. Louis. Prior to joining NYU, she led her own independent research group in the intramural research program the NIH/NINDS, with an intramural equivalent of the NIH Director’s Early Independence Award. Her laboratory uses a combination of invasive and non-invasive multimodal human brain imaging, brain stimulation, and computational approaches to investigate the neural mechanisms of perceptual processing in the human brain. She has also made important contributions to understanding the organization, mechanisms and functional roles of spontaneous brain activity. She has received prestigious awards including the Society for Neuroscience Trubatch Career Development Award, a National Science Foundation CAREER Award, a Klingenstein-Simons Fellowship Award in the Neurosciences, and a Leon Levy Neuroscience Fellowship.

Alex Fornito completed his Clinical Masters and PhD in 2007 in the Departments of Psychiatry and Psychology at The University of Melbourne in Australia before undertaking Post-Doctoral training in the Department of Psychiatry at the University of Cambridge, UK, under the auspices of a National Health and Medical Research Council Training Fellowship. He is currently a Sylvia and Charles Viertel Foundation Senior Research Fellow and Head of the Brain Mapping and Modelling Research Program at the Turner Institute for Brain and Mental Health, Monash University, Melbourne, Australia.

Alex's research develops new imaging techniques for mapping human brain connectivity and applies these methods to shed light on brain function in health and disease. In particular, this work focuses on understanding foundational principles of brain organization, characterizing how genes influence brain network architecture, and developing maps and models of how mental illness might arise from disordered brain connectivity. Alex is co-author, together with Andrew Zalesky and Ed Bullmore, of the textbook Fundamentals of Brain Network Analysis.

Jason P. Lerch, Ph.D. is the Director of Preclinical Imaging at the Wellcome Centre for Integrative Neuroimaging (WIN) at the University of Oxford and an Adjunct Scientist at the Mouse Imaging Centre (MICe) of the Hospital for Sick Children and Associate Professor in Medical Biophysics at the University of Toronto. Jason joined WIN in March of 2019; prior to that he completed his Ph.D. in 2005 in the Department of Neurology and Neurosurgery at McGill University and a post-doctoral fellowship at MICe from 2005-2008 with Dr. Mark Henkelman and Dr. John Sled. He received his B.A. in 1999 in Anthropology and Social Studies of Medicine from McGill University. His Ph.D. research, under the supervision of Dr. Alan Evans, was on in-vivo measurements of cortical thickness from MRI. His current research focus is on detecting neuroanatomical changes due to behavioural and genetic manipulations in tightly controlled mouse models, primarily related to neurodevelopmental disorders, and to relate these findings to sadly not so well controlled human subjects. As an antidote to these academic pursuits, he likes to leave the city and hike in the woods, whenever possible.

© 2019 Organization for Human Brain Mapping. All rights reserved. Site Design by The Lone Designer
Contact OHBM | Terms of Use | Meeting Code of Conduct

OHBM Home
As a result of GDPR, we are updating our Privacy Notice and Terms of Service to better explain our relationship with you. We’ll let you know when it’s available online for you to review. To review our Privacy Policies, click here. If you wish to opt in/out of receiving communication please email us at, info@humanbrainmapping.org.
I Accept
X