Karl Friston is a theoretical neuroscientist and authority on brain imaging. He invented statistical parametric mapping (SPM), voxel-based morphometry (VBM) and dynamic causal modelling (DCM). These contributions were motivated by schizophrenia research and theoretical studies of value-learning, formulated as the dysconnection hypothesis of schizophrenia. Mathematical contributions include variational Laplacian procedures and generalized filtering for hierarchical Bayesian model inversion. Friston currently works on models of functional integration in the human brain and the principles that underlie neuronal interactions. His main contribution to theoretical neurobiology is a free-energy principle for action and perception (active inference). Friston received the first Young Investigators Award in Human Brain Mapping (1996) and was elected a Fellow of the Academy of Medical Sciences (1999). In 2000 he was President of the international Organization of Human Brain Mapping. In 2003 he was awarded the Minerva Golden Brain Award and was elected a Fellow of the Royal Society in 2006. In 2008 he received a Medal, College de France and an Honorary Doctorate from the University of York in 2011. He became of Fellow of the Royal Society of Biology in 2012, received the Weldon Memorial prize and Medal in 2013 for contributions to mathematical biology and was elected as a member of EMBO (excellence in the life sciences) in 2014 and the Academia Europaea in (2015). He was the 2016 recipient of the Charles Branch Award for unparalleled breakthroughs in Brain Research and the Glass Brain Award, a lifetime achievement award in the field of human brain mapping. He holds Honorary Doctorates from the University of Zurich and Radboud University. 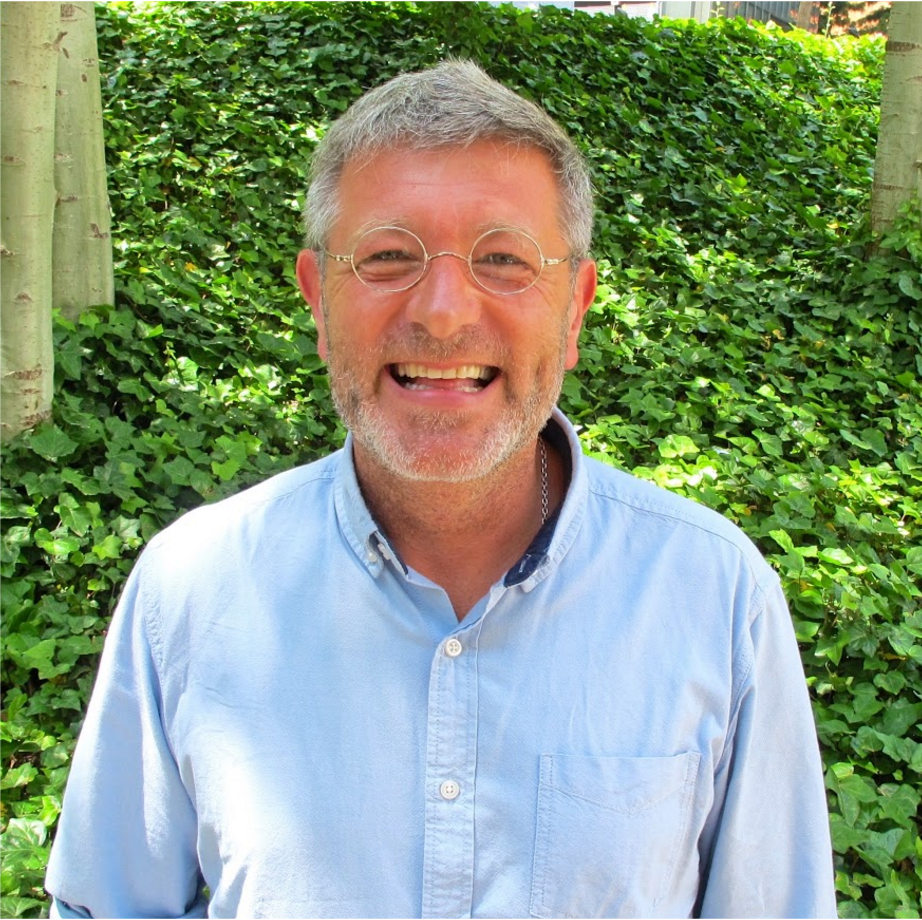 Gustavo Deco is Research Professor at the Institució Catalana de Recerca i Estudis Avançats (ICREA) and Professor (Catedrático) at the Pompeu Fabra University (UPF) where he leads the Computational Neuroscience group. He is also Director of the Center of Brain and Cognition (UPF). In 1987 he received his PhD in Physics for his thesis on Relativistic Atomic Collisions. In 1987, he was a postdoc at the University of Bordeaux in France. From 1988 to 1990, he obtained a postdoc of the Alexander von Humboldt Foundation at the University of Giessen in Germany. From 1990 to 2003, he lead the Computational Neuroscience Group at Siemens Corporate Research Center in Munich, Germany. He obtained in 1997 his Habilitation (maximal academical degree in Germany) in Computer Science (Dr. rer. nat. habil.) at the Technical University of Munich for his thesis on Neural Learning. In 2001, he received his PhD in Psychology at the Ludwig-Maximilians-University of Munich. 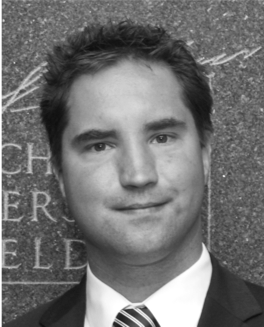 Simon Eickhoff is the director of the Institute of Systems Neuroscience at the Heinrich-Heine University Düsseldorf as well as the director of the Institute of Neuroscience and Medicine (INM-7, Brain and Behaviour) at the Research Center Jülich. His main research interest is the development and application of novel analysis tools and approaches for large-scale, multi-modal analysis of brain structure, function and connectivity. 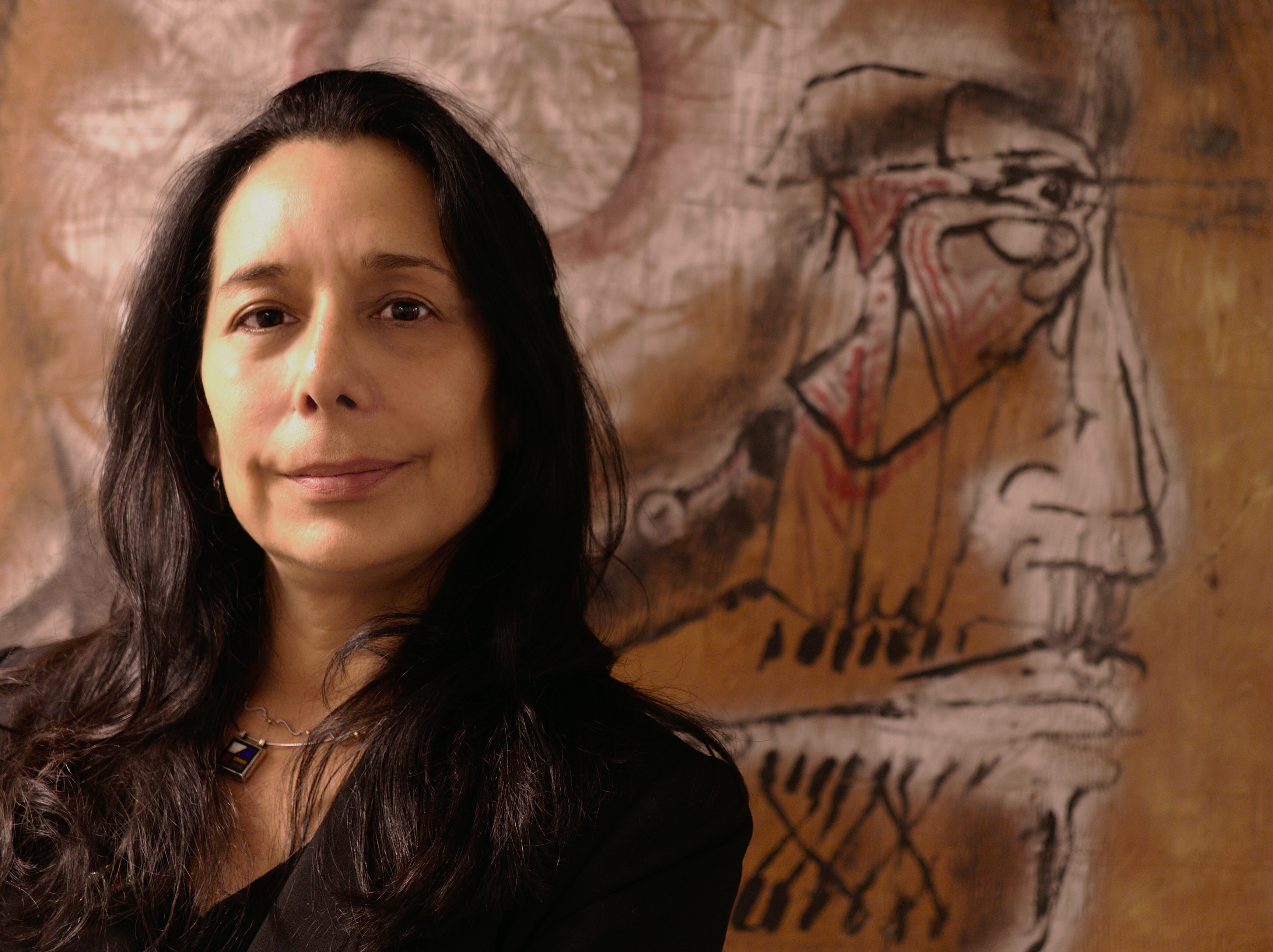 Beatriz Luna, PhD is the Staunton professor of Psychiatry and Pediatrics and Professor of Psychology at the University of Pittsburgh. She is the founder and Director of the Laboratory for Neurocognitive Development, and the founder and president of the Flux Society for Developmental Cognitive Neuroscience. Her research using multimodal neuroimaging methods including: functional Magnetic Resonance Imaging (fMRI), Diffusion Tensor Imaging (DTI), Magnetoencephalography (MEG), Positron Emission Tomography (PET) and Magnetic Resonance Spectroscopic Imaging (MRSI) have led to influential developmental models emphasizing the implications of specialization of dedicated brain systems with regards to cognitive development. 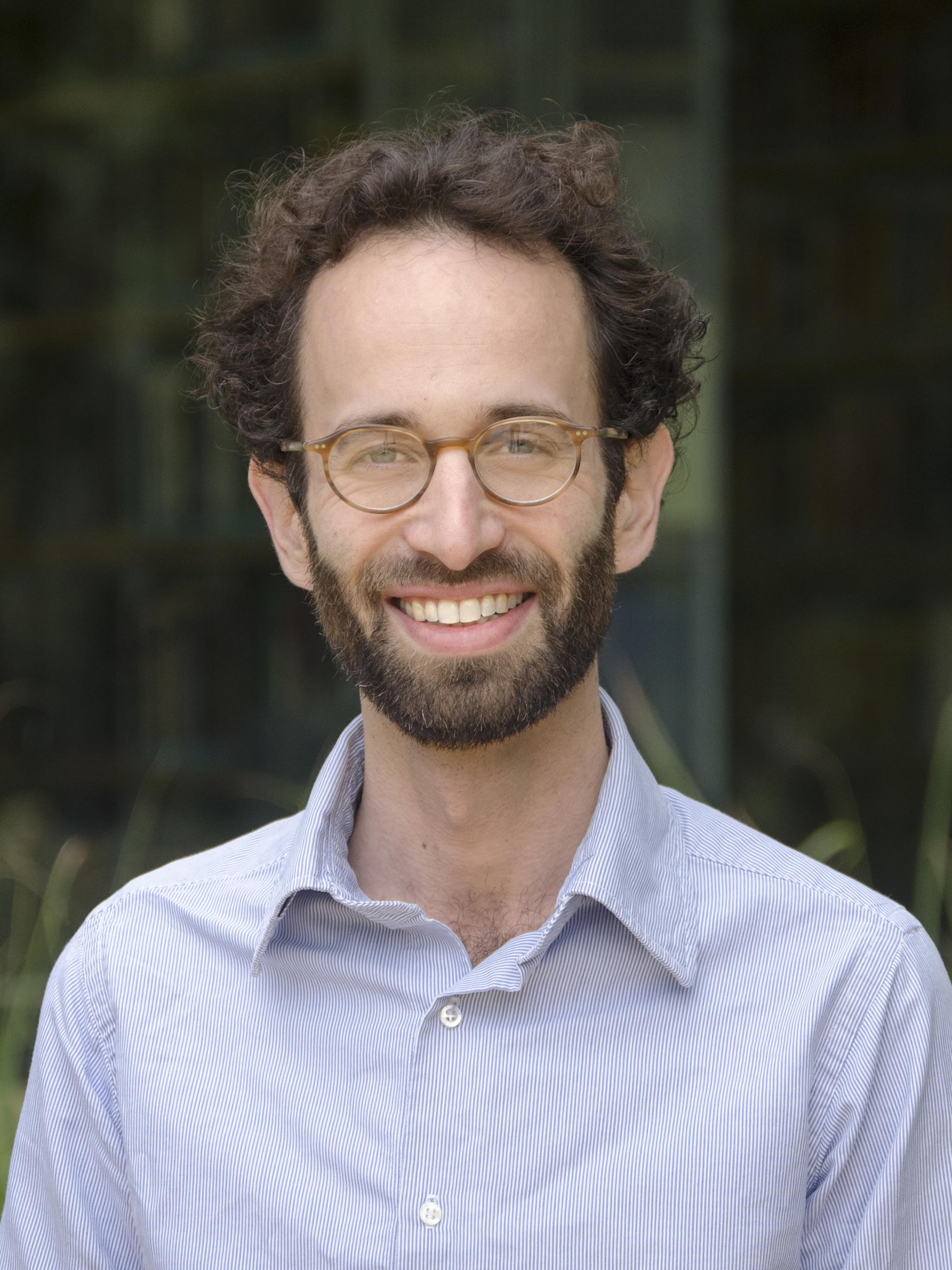 Daniel Margulies is a tenured researcher with the Centre national de la recherche scientifique (CNRS) in Paris. He previously led the Neuroanatomy & Connectivity Research Group at the Max Planck Institute for Human Cognitive and Brain Sciences in Leipzig. 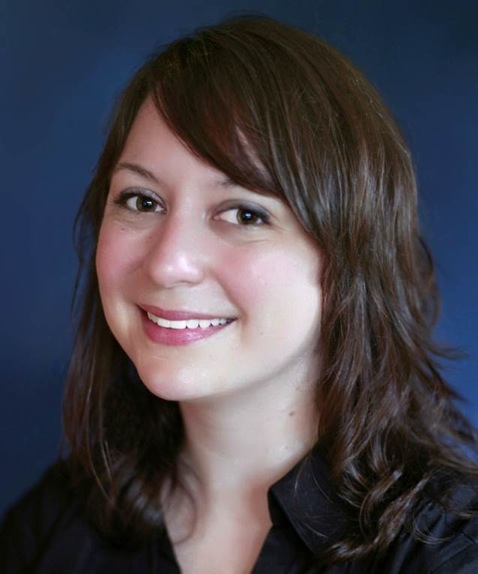 Leah Somerville is an Associate Professor of Psychology at Harvard University, faculty in the Center for Brain Science and faculty of the MGH Center for Law, Brain, and Behavior. Leah's primary line of research integrates psychological and neuroscientific approaches to inform how the way in which the brain develops through adolescence shapes psychological changes in cognitive, motivational, social, and emotional behavior. 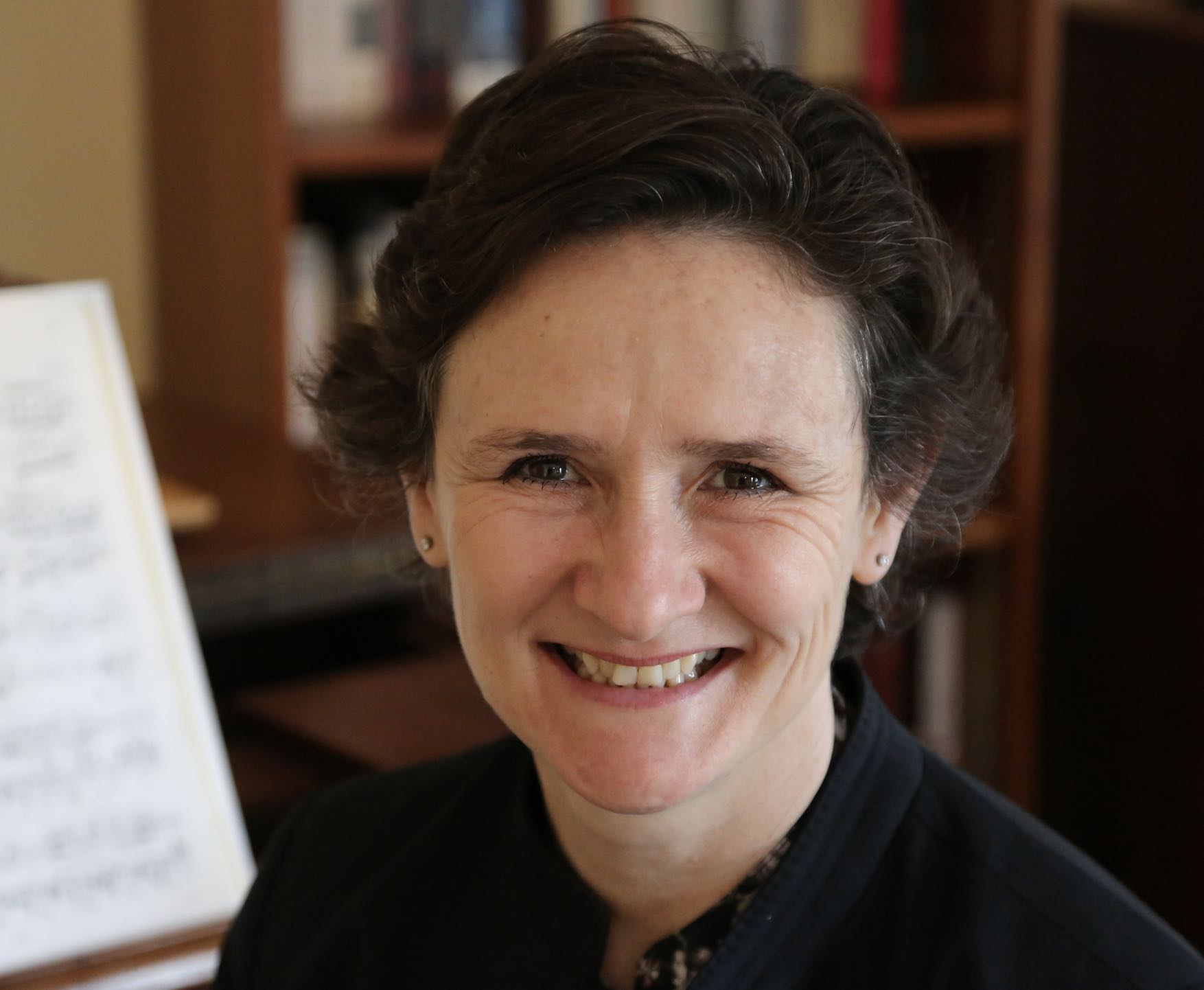 Professor Irene Tracey holds the Nuffield Chair of Anaesthetic Science and is Head of the Nuffield Department of Clinical Neurosciences at the University of Oxford – a 600-person world-leading basic and clinical research department. In 1997, Irene helped to co-found the now world-leading Oxford Centre for Functional Magnetic Resonance Imaging of the Brain (FMRIB) at the University of Oxford and was its Director from 2005 until 2015. Over the past 18 years her multidisciplinary research team has contributed to a better understanding of pain perception, pain relief and nociceptive processing within the injured and non-injured human central nervous system using advanced neuroimaging techniques. More recently, they have been investigating the neural bases of altered states of consciousness during anaesthesia. Irene has served and continues to serve on many national and international committees; for example, she is currently on the Lundbeck Brain Prize Committee and is appointed to the Council of the Medical Research Council. She is a passionate advocate for women in science and is involved in several mentorship schemes. In 2008 she was awarded the triennial Patrick Wall Medal from the Royal College of Anaesthetists and in 2009 was made an FRCA for her contributions to the discipline. In 2015 she was elected a Fellow of the Academy of Medical Sciences and in 2017 won the Feldberg Foundation Prize. 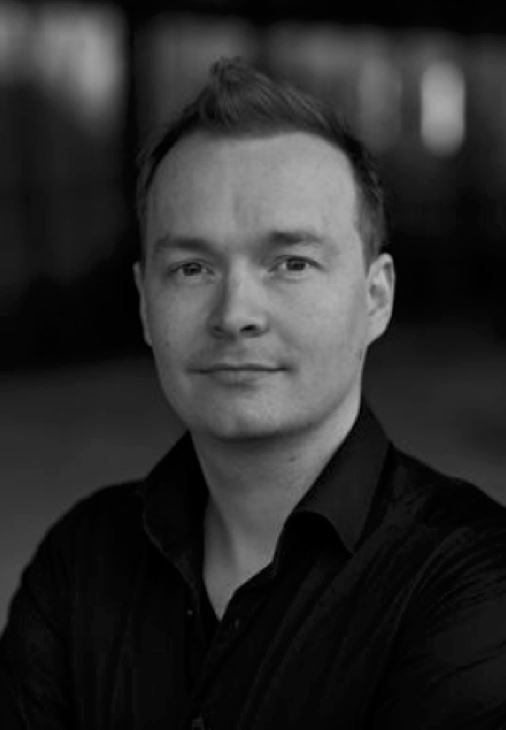 Martijn van den Heuvel is a computational neuroscientist with a background in Artificial Intelligence, network science and MRI data analysis. He studies the roadmap of connections in the brain -the connectome- in health and disease. With his work he aims to bridge disciplines such as psychology, mathematics, biology and medicine to unravel the topological network structure of the human and animal brain.

As a result of GDPR, we are updating our Privacy Notice and Terms of Service to better explain our relationship with you. We’ll let you know when it’s available online for you to review. To review our Privacy Policies, click here. If you wish to opt in/out of receiving communication please email us at, info@humanbrainmapping.org.