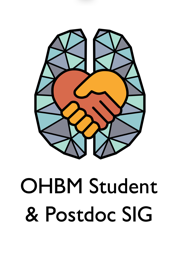 The OHBM Student and Postdoc SIG provides a community of shared interests for OHBM trainees. We provide opportunities for professional, personal and career development and represent the needs of trainees to the OHBM Council and the wider organisation. We also promote the achievements of trainees within the organisation and to the wider neuroimaging community. The SIG organises the Monday Night Social and career development events at the annual meeting as well as running the online, international mentoring programme. 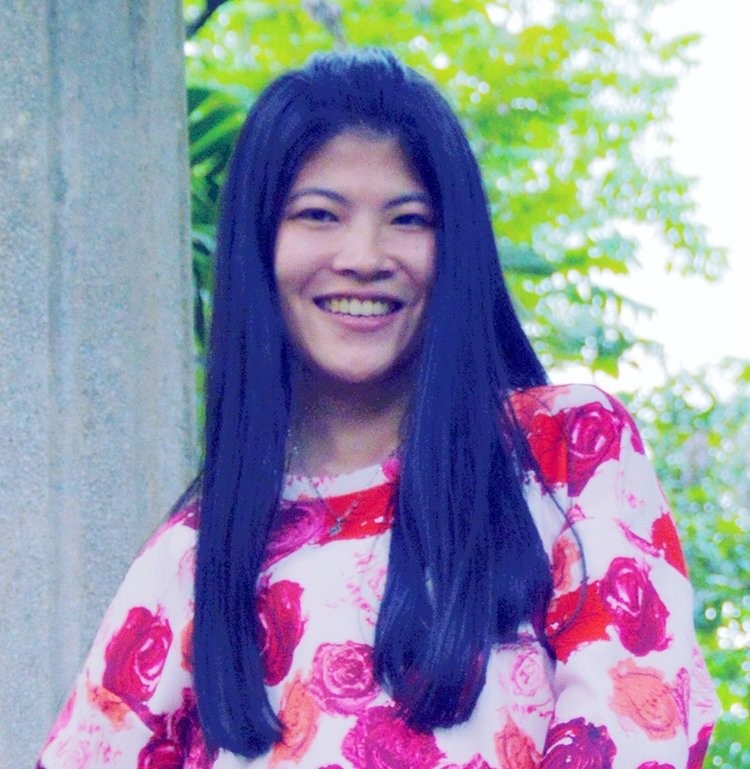 Mengxia Gao is now a PhD candidate in the Department of Psychology at the University of Hong Kong. Her research focuses on building brain imaging models to predict cognitive functions such as processing speed in healthy and clinical populations, using multi - modality such as fMRI, structural MRI and DTI. She currently works on t he older adults and depressive patients. During her master’s degree, Mengxia received training in brain imaging analysis and began to find her passion in neuroscience. Her master’s thesis applied the maximum uncertainty linear discriminant analysis (MLDA) method to explore the changes of activity in brain networks before, during and after mental rotation task. Mengxia likes Jazz dance and singing, as well as traveling and hiking. 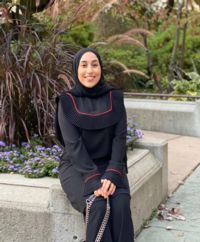 Hajer Nakua is a second year graduate student at the University of Toronto. Her lab is in the Center for Addiction and Mental Health and her research focuses on using multi-modal brain imaging (structural MRI, functional MRI and diffusion weighted imaging) to find associations between behavioural abnormalities and networks of emotional regulation in children with neurodevelopmental disorders. She is currently interested in externalizing (such as aggression or defiance) and internalizing (such as withdrawal and anxiety) behaviours. Hajer is interested in using advanced statistical, mathematical and computational techniques to investigate brain-behaviour relationships related to psychiatric disorders. Hajer is also passionate about science communication and uses social media as an avenue to disseminate neuroscience research in both English and Arabic. 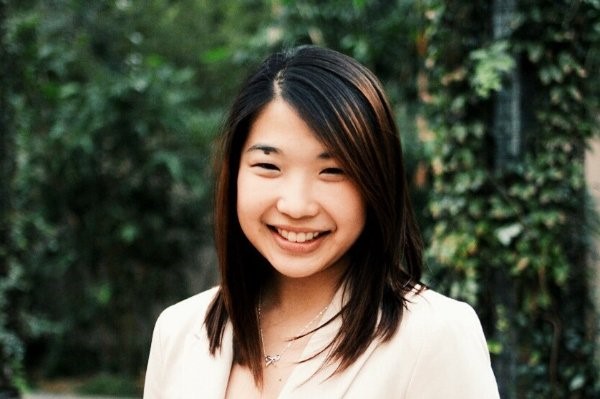 Kaori is a PhD student at the University of Southern California, where she is using kinematics, fMRI and structural MRI to investigate biomarkers of motor recovery in individuals who have chronic stroke. As an advocate of open science and reproducibility, she enjoys participating in hackathons and has implemented stroke neuroimaging analysis software, which have been published and made publicly available on Github. Kaori is a licensed Occupational Therapist, and hopes her work will have an influence on neurorehabilitation.

Dr Megan Campbell is a postdoctoral research fellow at the Hunter Medical Research Institute Imaging Centre and the School of Psychology in the University of Newcastle, Australia. Megan obtained her PhD in the field of cognitive-behavioural neuroscience, and has recently taken up her first postdoctoral position in the Systems Neuroscience Group lead by Professor Michael Breakspear.

Her previous work investigated the overlapping sensorimotor processes underlying interpersonal interactions, within healthy adult cohorts. By using Bayesian models to explain behavioural and neural datasets Megan described mechanisms for the context-dependent modulation of automatic imitation responses, a feature of how humans prepare responses during interactions with others. Now Megan is applying her experience in functional neuroimaging, behavioural paradigms and computational approaches to new projects focusing on clinical populations. In particular, modelling dynamic brain networks and cognitive-emotional processes in order to understand, differentiate and improve diagnoses for psychiatric illnesses such as bipolar disorder and schizophrenia.

Heidi Foo is a PhD candidate at the University of New South Wales where she has been awarded the Scientia PhD Scholarship to fund for her studies. Her current work investigates the genetics of functional brain networks using graph theory approach in the ageing population. Previously, she has also spent some time at the Memory and Aging Center at University of California San Francisco where she learnt to use seed-based analysis in fMRI data as well at the Agency of Science, Technology, and Research in Singapore where she learnt to use optogenetics and functional MRI on mouse models.

Dr. Linden Parkes is a postdoctoral research fellow in the Complex Systems Group in the Department of Bioengineering at the University of Pennsylvania. He received his Ph.D. in Neuroscience at Monash University, Melbourne, Australia. His research focuses on the link between individual differences in psychopathology and the brain, with a particular focus on the role of dimensional psychopathology phenotypes that cut across traditional diagnostic categories. Working with longitudinal data, he applies a combination of Magnetic Resonance Imaging (MRI), machine learning, bi-factor modeling, and network control theory to examine whether neuroimaging predicts the emergence of psychopathology throughout childhood and adolescence. 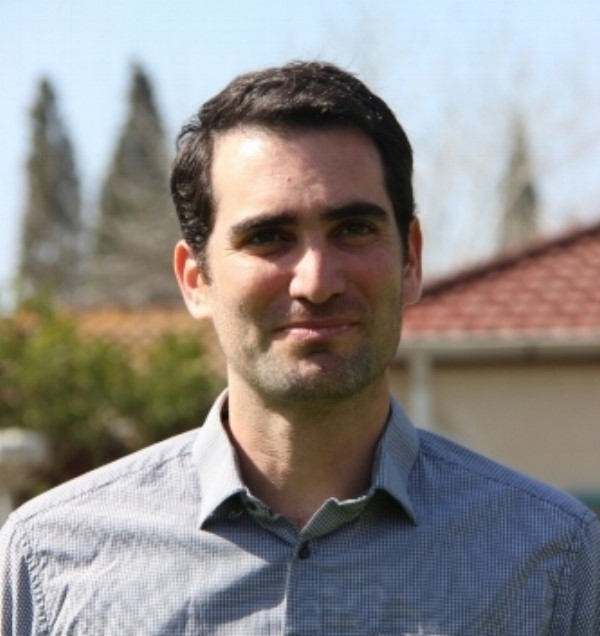 Navot received his Ph.D. in Clinical Neuro-Psychology from the University of Haifa for his work on the neural networks involved in the empathetic regulation of pain as a means to reduce empathic bias. Now, as a postdoctoral fellow at the Laboratory of Cognition and Emotion at the University of Maryland, he is working with Prof. Luiz Pessoa to study dynamic changes in the neural networks as a function of the competition between different emotions. Navot is interested in studying positive emotions and developing video games as experimental and therapeutic tools. 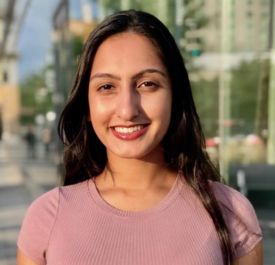 Elvisha Dhamala is a Neuroscience PhD candidate at Weill Cornell Medicine in the lab of Dr. Amy Kuceyeski. Elvisha uses machine learning applied to neuroimaging biomarkers to understand the neurobiological substrates underlying behavioural and clinical phenotypes in health and disease. She is particularly interested in uncovering sex differences in the brain and implementing sex-dependent models to study different diseases in order to reduce sex bias in medicine.

Apart from research, Elvisha is passionate about educational outreach and community involvement. She is part of the Skype a Scientist initiative and a mentor for the Multicultural Academic Council Mentoring Program at Cornell University. She is also an instructor for the Cornell Prison Education Program, and is designing and implementing an inclusive curriculum that enables incarcerated students from diverse backgrounds to successfully learn concepts in neuroscience.

In her free time, Elvisha loves to travel, hike, kayak, cook, and read. She’s also a strong believer in the power of napping. 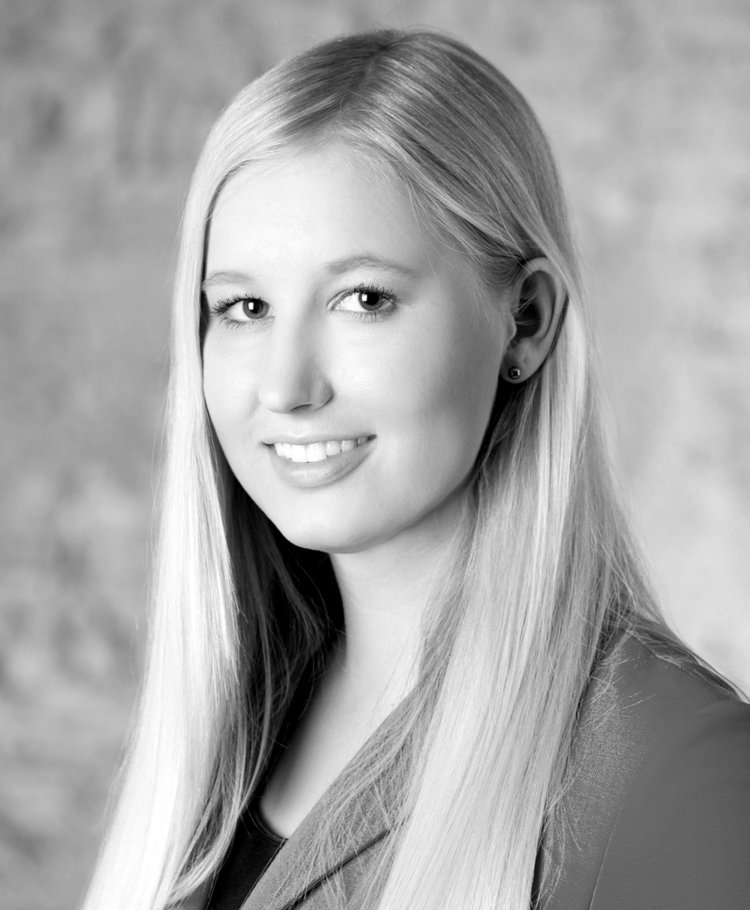 Amelie Haugg is a PhD student at the Psychiatric University Hospital in Zurich, Switzerland. She is interested in the use of fMRI for diagnosis and treatment of psychiatric disorders. Currently, she develops a novel real-time fMRI neurofeedback paradigm for downregulating nicotine craving in smokers. For her master’s thesis, she investigated functional connectivity in disorders of consciousness patients during a research stay in London, Ontario, Canada. Amelie has also worked on various research projects at the University of Tübingen, the Max Planck Institute for Biological Cybernetics, Maastricht University, and the University of Vienna.

Kevin Sitek is a postdoctoral associate in the Neuroscience department at Baylor College of Medicine. He studies human subcortical sensory processing using functional, anatomical, and diffusion-weighted MRI. Currently, he's working with collaborators at the Max Planck Institute for Biological Cybernetics in Tübingen, Germany to investigate multisensory processing in the superior colliculus with ultra-high field fMRI. During his PhD, Kevin worked at MIT with Dr. Satra Ghosh on mapping the human subcortical auditory system. 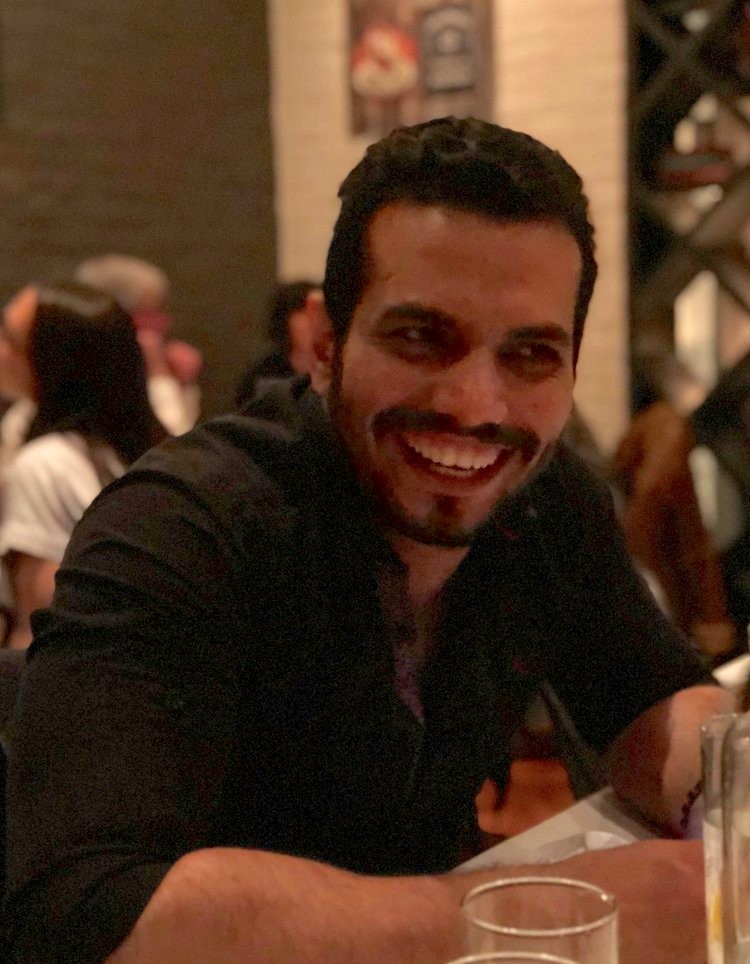 Dr. Meena M. Makary is an Assistant Professor in the Biomedical Engineering Department at Cairo University. He hold a PhD from Kyung Hee University, where he used real-time fMRI neurofeedback to investigate the brain plasticity after self-regulation of motor brain areas during motor imagery tasks. He has honored with the 2017 Best Ph.D. Thesis Award in Engineering among Kyung Hee University graduates. He also received several merit conference paper awards including the Best Oral Presentation Award, ICCMR’15; Merit Abstract Travel Stipend Award, OHBM’17; and Geographic Finalist, IEEE EMBC’17. He previously worked as a postdoctoral associate at the John B. Pierce Laboratory and a postdoctoral fellow at Yale School of Medicine, where he worked on investigating the interrelation between chronic pain and obesity using structural and functional brain imaging.  He also joined the center of addiction medicine at Massachusetts General Hospital, where he focused on detection of THC impairment using fNIRS brain signals. Dr. Makary is now a postdoctoral fellow at Harvard Medical School and a research fellow at Athinoula A. Martinos Center for Biomedical Imaging, where his current research focuses on quantifying neuroinflammation in ALS using PET-MR. 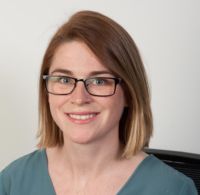 Jennifer Ferris is a PhD Candidate at the University of British Columbia in Vancouver, Canada. Jenn uses structural neuroimaging techniques to research stroke and cerebral small vessel disease. Jenn is especially interested in how comorbid cardiovascular and metabolic diseases impact the brain. Outside of the lab Jenn enjoys spending time in the beautiful B.C. mountains- she is an avid trail runner. 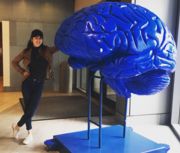 Dr. Makowski completed her PhD in neuroscience at McGill University, where she linked structural neuroimaging markers to measures of poor functional outcome in first episode of psychosis patients. Her work proposed the hippocampus as a central component of negative symptoms in psychosis, and was awarded best PhD thesis in Neuroscience at McGill. Dr. Makowski is currently working as a postdoctoral fellow at the University of California San Diego with Dr. Anders Dale and Dr. Chi-Hua Chen, with funding from the Canadian Institutes of Health Research and Fonds de Recherche du Quebec - Santé. She is using data from the Adolescent Brain Cognitive Development (ABCD) Study (abcdstudy.org) to build an imaging genetics framework to understand psychiatric risk. If you asked her when she was a child, she would have told you that she aspired to be an editor - she is delighted to have this opportunity to be the first Blog Editor for the OHBM student postdoc sig and merge her passion for brain imaging research with writing and communication platforms. When not typing away on a laptop, you can find her running along the Pacific coastline, dancing, and practicing yoga.